Home » Which Country has Badminton as its National Sport?

Which Country has Badminton as its National Sport? 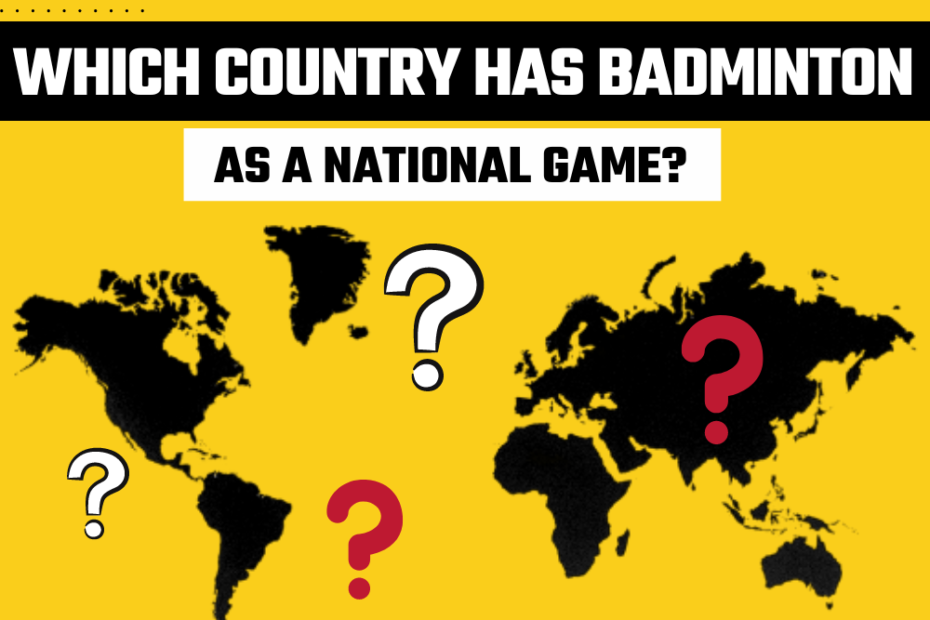 After football, badminton is one of the most popular and commonly played sports worldwide.

And it is ranked as the number one racket sport before tennis.

According to a survey, it is said that around 220 million people across the world enjoy playing this sport.

Despite this survey and its popularity, do you know which country has badminton as its national sport?

It is a national sport of Indonesia though it originated in British India.

But it is also very popular in Indonesia, and today its players even excel on the national and international stage.

Why Badminton is a National Sport of Indonesia? There are various reasons that badminton is a national sport in Indonesia.

Firstly, it is an affordable sport in Indonesia, and you only require a shuttlecock and a racket in the name of the equipment to get started.

Secondly, it is played in most places, including indoor or outdoor courts.

Plus, its popularity has been tremendously aided by many international exposures, which has led to scoring and winning at the high level and stages.

Indonesia gave us some of the top world champions like Tontowi Ahmad, Liliyana Natsir, and Sony Dwi Kuncoro.

Rather than this, some recent (2012) Olympic gold medalists like Greysia Polii and Apriyani Rahayu also belong to Indonesia.

With all these achievements still, Indonesia still needs a top contender at the moment in women’s singles.

Also, people think playing this sport is best for their active lifestyle and helps sharpen and reflexes their body.

It even provides them scholarships all over the archipelago.

And with all these beneficial stars to look up to, it is easy to understand why Indonesia has badminton as its national sport.

When did badminton became a national sport of Indonesia?

Indonesia formed their first team in 1951.

And it was firstly introduced in Olympics as a demonstrating sport in 1972.

The Indonesian Open was initiated in 1982, and since then, it has become one of the most popular events.

With time, Indonesia won three Uber cups and many Thomas cup titles, with a proper dedication to this sport.

In 1992, when this sport was officially in Olympics, Indonesia brought their first gold medals home and became one of the dominant champions.

And this was the time when it became a national sport of Indonesia.

How does Indonesia supports badminton as its national sport?

The Indonesian government provides scholarships to their athletes and supports them timely.

They have dominated the sport just after China and Japan in these recent years.

And have sent their best representative to perform in all prestigious international tournaments and championships.

How many badminton players are there in Indonesia?

Not in the count, but according to a survey, we can state that there are approx 1 million players in Indonesia.

Playing this sport is like a religion in this country.

So it’s quite tough to equate the love of this amazing sport among the people in Indonesia.

And there are approx 270 million people living in Indonesia.

So this count can only rise from 1 million because many play this sport anytime.

Why are Indonesian players so good in badminton?

Indonesia isn’t well known as a global power in many sports.

But when it comes to badminton, we can hold there are no words to explain the talent of these Indonesian players because they are among the best in the world.

In the early 90s, Indonesia was completely influenced by this sport, and its golden era seems to have come out of nowhere.

Also, it is said that Indonesian players are small in height (158 cm for men and 147 cm for women), which makes them too fast and quick.

An ideal height required for a player is 170 cm.

And this sport is all about good footwork and balance.

Rather than this, they are well-trained by the world’s best coaches. These facilities are affordable in Indonesia, allowing every next person to learn how to play badminton effectively.

So you must have known that badminton is a national sport in Indonesia.

A national sport is considered an inherent part of the nation, defined by laws.

And every country has their official national sport, just like Indonesia.

Today, it has become one of the most popular sports in Indonesia and countries like China and Japan.

But we still await to see some more faces in the badminton world from Indonesia and other native countries.

And in case you face any problems or are there any questions going on in your mind, then feel free to ask us in the comment section below.

2 thoughts on “Which Country has Badminton as its National Sport?”