Home » What is BWF in Badminton (Role and Functions)

What is BWF in Badminton (Role and Functions) 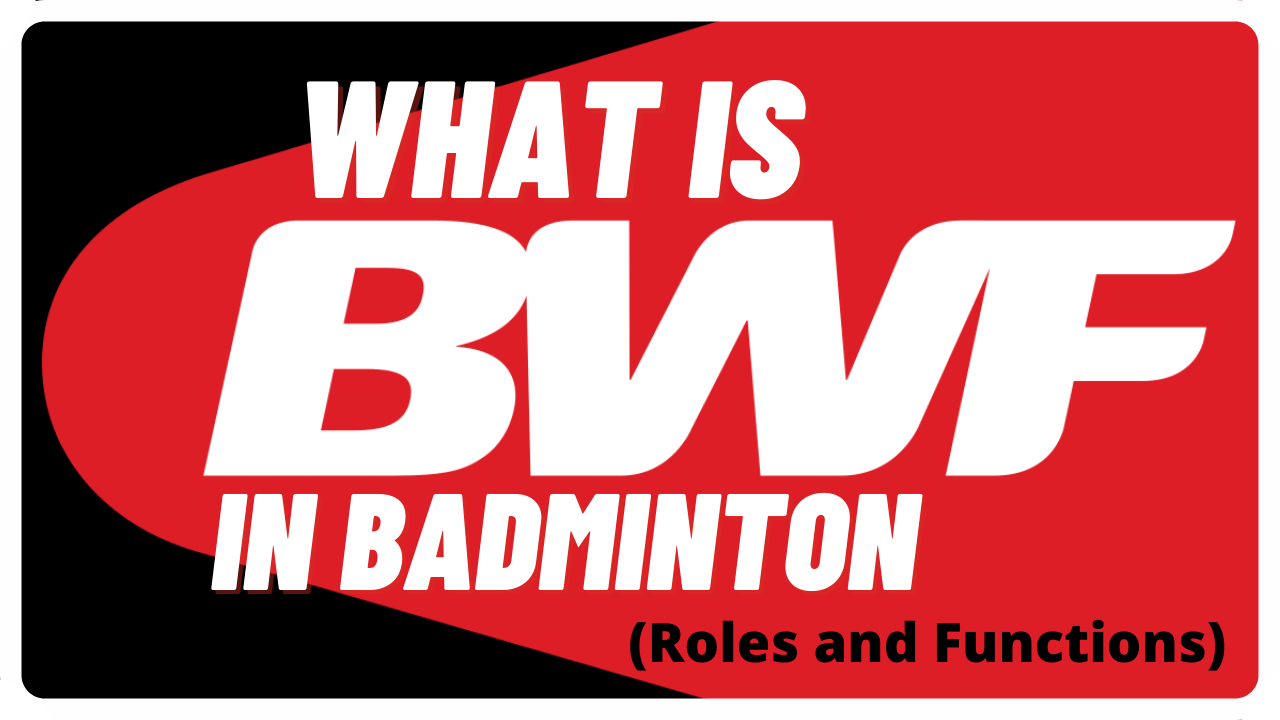 BWF is the world governing body of badminton, and its main aim is to make it one of the leading sports and promote it worldwide.

It stands for “Badminton World Federation”.

Also, it was first known as International Badminton Federation (IBF), established in London on 5 July 1934, and in 2006 it was given a new name as BWF.

And currently, it has 176 member nations.

The headquarters of this federation is located in Kuala Lumpur, Malaysia, and holds approximately 198 member associations worldwide. He is the current president of the BWF and is a retired Danish badminton player.

Also, he won many international singles titles during the 1990s and was one of the best players. Thomas Hasbro Lund was born on 2 August 1968 and is a retired badminton player from Denmark and was one of the world-leading doubles (mixed doubles) players.

And now he is currently general secretary of the BWF.

The logo Of BWF was launched in 2012, which looks strong and effective.

If you take a close look at this logo, you can see that the words are written inside the shape of a stylized Shuttle with the help of red and bold letters.

This specific design has been used since 2011 in key event branding, such as the World Superseries.

And from 2012, it was also used and represented at major events like World Championships, Sudirman Cup, Thomas Cup, and Uber Cup.

Overall every international tournament is looked over by BWF. BWF World Ranking and Juniors are initiated to determine the players’ strengths.

It determines the qualifications for entry and seeding for its sanctioned tournaments or matches.

And if we talk about its Junior Ranking, let me inform you that it consists of badminton players who are below 19 years. This governing body’s main role and purpose is to regulate, promote, popularize, and develop badminton worldwide.

And for which it conducts, presents, and organizes international events at the highest level so that it can give every child a chance to play for life.

Also, remember: BWF is responsible for safeguarding the integrity and reputation of this sport worldwide.

BWF basically works on strategies, which it refers to: The main purpose of this scheme is to excite, engage, and enhance its global fan base by delivering excellent stories for a range of digital platforms.

It also helps this federation engage badminton fans and enhance its passion worldwide. The main motive of this organization is to provide every child with a chance to play for life.

It always tries to encourage youth to participate and play this sport in every possible way.

BWF provides the best sports environments for training and competitions, making it easy for the players to learn and perform.

Rather than this, it also allows the players to prepare themselves for life after their playing career.

It even allows you to develop some international relations and foster strategic partnerships to achieve shared goals. Enhancing and building your capacity helps you to govern and manage the sport effectively, and it will also help you to develop your game and skills.

Now let’s discuss some of the major functions of this governing body.

The basic role of this federation is to set rules and look after every international tournament. And here, in this post, I have mentioned some basic details about BWF and all about its functions and roles.

If you face any problems or have any questions in your mind regarding this post or BWF, then feel free to ask us or pin them up in the comment section below.