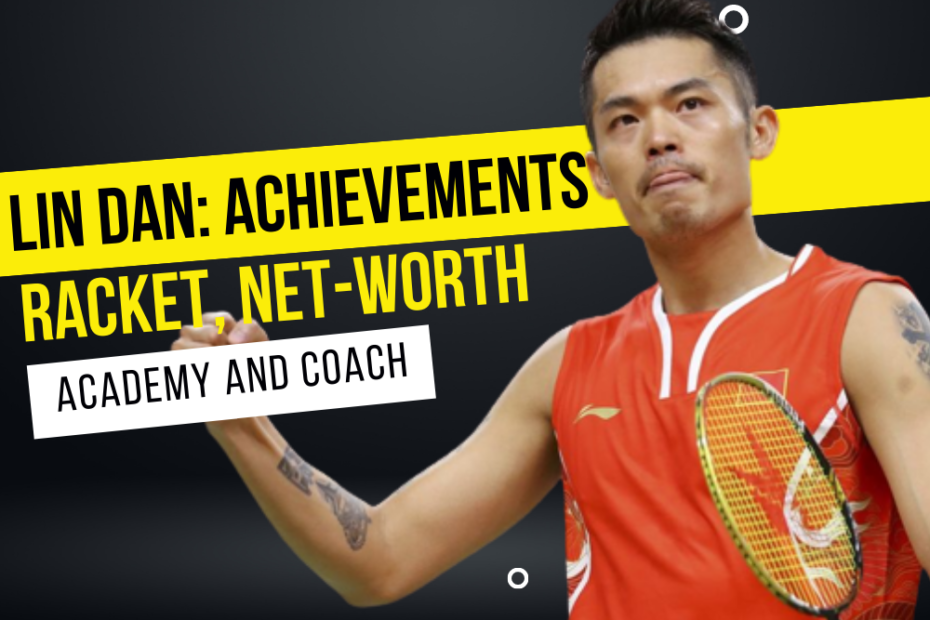 Lin Dan is a Chinese badminton player considered one of the best singles players. He is a two-time Olympic champion, five-time world champion, and six-time All-England champion.

Also, he is the first and only player to win this feat.

He also won two gold medals in the Olympics and is a five-time world champion.

And here are some of his top achievements:

He won a gold medal in IBF World Junior Championship in 2000.

He won 2 gold medals in 2000 at Asian Junior Championships in the boys singles and boys team.

Received one gold medal in the men’s team at the 2009 Hong Kong Open.

He bagged two gold medals in men’s singles at the 2008 and 2012 summer Olympics.

Also, take a look at this video, where Lin Dan can be seen playing some of his best shots on the court:

There’s no doubt that Lin Dan is the most incredible men’s singles player.

He has achieved many titles and won many national and international tournaments and championships.

Lin is also well known for his speed, relentless attacks, and explosive power that he generates with his racket while playing a shot.

And now, we will discuss the types of rackets that Lin Dan used and played with throughout his career:

Lin Dan and Lee Chong Wei, both top-level players, used to play with Yonex Armotec, one of the popular series back in the day.

Lin Dan, in the first half of his career Lin Dan used to play with Li-Ning WOODS N90.

Also, he used to put white tape on the top part of the head of the racket.

It might make the racket more head heavy for his attacking play, or maybe he wanted his racket to look different from everyone else’s.

During 2014-2016 Lin Dan signed a contract with the brand Li-Ning and used WOODS N90. Still, after discontinuing his contract with Li-Ning, he signed another contract with Yonex. He started using the red and yellow version of Yonex Voltric Z Force 2 (his limited edition model).

Yonex Voltric Z Force 2 was launched before the 2014 All England and was one of the best rackets for singles players because of its head-heavy frame.

During his 2016-2018 journey Lin Dan used Z Force 2, which is designed and manufactured by Yonex and is indulged with many featured and advanced technologies.

During his retirement, Lin Dan used Yonex Voltric LD Force (Matte edition) because of its well-designed isometric shape, but rather than this, he mostly used the Yonex Voltric Z Force 2.

Usually, top players don’t change their rackets as the brands like Yonex provide them with the original rackets spray-painted to look like the new models.

His net worth is estimated to be 30 million, though his actual remuneration is still unclear.

But it still makes him the wealthiest badminton player in China, with over 60 titles.

Rather than this, he also made an ample living with his prize money and other endorsements that he signed with well-known and famous companies like Yonex, FedEx, and Redbull.

Lin Dan’s other source of income

In some countries like China, government support is a significant source of revenue, especially for the top-rated players.

The government of China has built some special boarding schools to provide education and help them to become foreign athletes.

Also, the Chinese government pays for their top players’ living costs so they can concentrate on their game and honour their country.

Overall this Olympic Medalist lives a luxurious life and owns a beautiful house and many cars.

So Lin Dan’s net worth comes from the prize money too.

Where did Lin Dan take his training?

When Lin was very young, his parents wanted him to learn piano, but he was more interested in playing badminton and wanted to make his career in this sport.

After which, he joined the People’s Liberation Army sports troop at the age of 13, and when he turned 18, he started playing for China’s national team.

And from the age of 18, Lin Dan started his badminton journey. Xia Xuan ze is a former badminton player from China who plays singles at the world level.

Xia Xuan currently works as a coach and trains the national badminton team of China.

Rather than this, he also trained Lin Dan as a coach.

Though he was slightly short compared to the other players, the power in his legs allowed him to play the shot quite early.

And this attribute, combined with very sophisticated and consistent deceptive shots, allowed some of his opponents to win very few points.

Xia Xuan ze experienced some of the most significant victories in his career, as in Olympics, he lost in the semifinals of the 2000 Games in Sydney to Indonesia’s Hendrawan.

So Xia settled for a bronze medal there after defeating Denmark’s Peter Gade in the playoff for third place.

He captured men’s singles at the IBF World Championships in 2003 by defeating Malaysia’s Wong Choong Hann.

Finally, in international team play, he was a member of the Chinese squad that ended a long drought by capturing the highly coveted Thomas Cup (men’s world team competition and trophy) in 2004.

In the 2010 Thomas Cup, Xia coached Chen Jin, witnessing his country win 3–0 over Indonesia for their fourth consecutive Thomas Cup.