Home » What is Para-Badminton? (History and Rules)

What is Para-Badminton? (History and Rules) 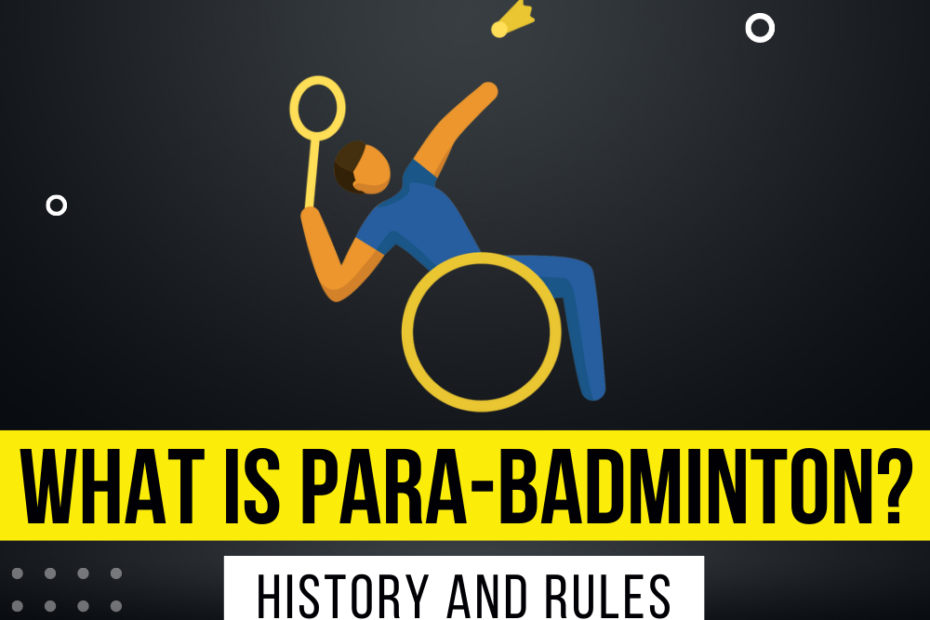 Badminton is one of the fastest sports, which is becoming popular day by day.

But here’s another version of this sport, which is for disabled players and athletes and is known as para-badminton.

It has been a part of the Olympic games since 2020 and was firstly inaugurated at Tokyo Olympics.

Usually, it is similar to the abled version of this sport but different in some aspects.

So let’s find them out and know more about them:

It is a variant of the abled version of this sport for athletes facing various physical disabilities.

And is one of the growing sports attracting more and more disabled participants every year, socially and competitively.

Also, it is now recognized as a para-Olympic sport.

It was inaugurated for the first time at Tokyo Olympics in 2020.

BWF is a member of the International Para-Olympic Committee, but in 2011, IPC recognized BWF as the governing body of para-badminton.

Now the main task of BWF is to promote and develop this paralympic sport globally.

BWF promotes a “one sport – one team” philosophy – and para-badminton together.

In para-badminton, athletes are classified into six Sports classes to ensure fairness in competition and which are determined by BWF:

Players indulged in this class either have lower limbs or trunk function impairment.

Also, such players require a wheelchair while playing.

In such a class, the players could have impairment in a single or both legs and minimal or no trunk impairment.

Players having impairment in one or both lower limbs and poor walking/ running balance are classified in this class.

And here, the players must play while standing.

A player in this class has implemented the upper limbs.

Here in this class, players have a short stature, which is caused due to genetic conditions or achondroplasia (a form of short-limbed dwarfism).

This sport has been competed at the international level since last 1990s.

The first World Championships took place at Amersfoort, the Netherlands, in 1998, and now this championship occurs every two years.

At the start, this game was governed by Para-Badminton World Federation (PBWF).

And in June 2011, it became a part of BWF after a meeting in Dortmund.

Things you need to know about Para-Badminton

Para-badminton is for disabled athletes who want to still play with their disabilities by keeping them aside.

And for such dedicated athletes, BWF and International Para-Olympic Committee provide them with many opportunities at the national and international levels.

The rules and regulations for this sport are kindly similar to the abled version of this sport.

Also, above, I have mentioned the history of para-badminton.

And in case you faced any problems or are there any questions going on in your mind regarding this post, then feel free to ask us or pin them up in the comment section below.