Home » Basic Rules and Regulations Every Badminton Player Must Know

Basic Rules and Regulations Every Badminton Player Must Know 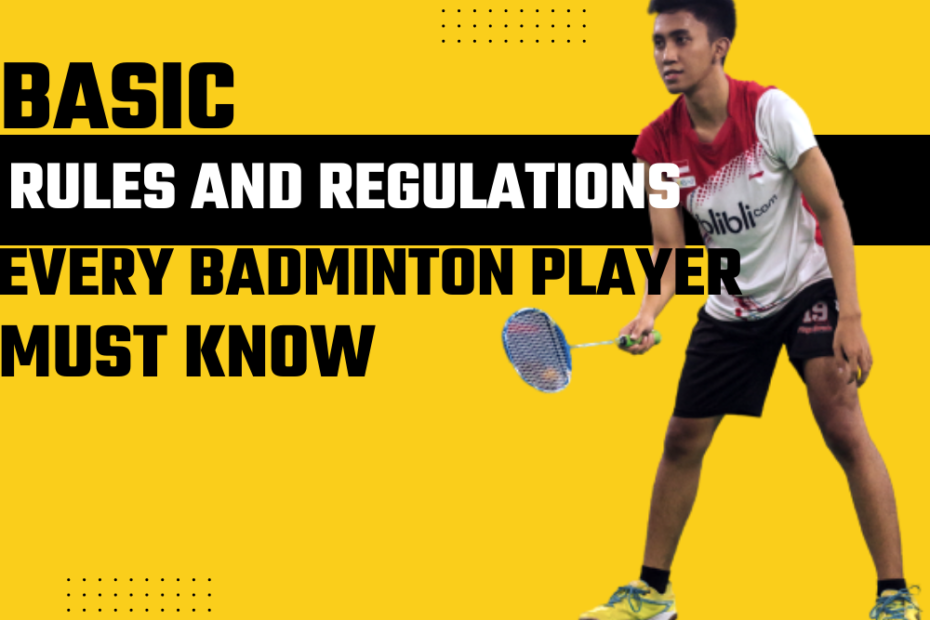 Badminton becomes more interesting and amazing when you know all its rules and regulations.

It can help you enhance your game in the future and allow you to play more effectively without facing any problems.

Many think this racket sport is easy to play where you need to hit the shuttle across the net, but it isn’t because it holds some official runs.

And these heads and regulations are made by a governing body known as BWF.

Also remember: These rules set by BWF are not only applied in international tournaments but are also applied in domestic tournaments.

So, let’s discuss them:

Rules and Regulations of Badminton

A game always begins with a toss, which helps decide who will serve first or choose the courtside, after which the match starts with a legal service.

When the player cannot return the shuttle, a point is gained by the other player who just played the last stroke.

Every match holds three-game sets, and to win the game, a player has to win two sets out of three, each with 21 points.

And the game begins with a: Toss is made at the very beginning of the match.

A toss-winning player can decide whether he would like to serve or receive first.

And the one who loses the toss gets the chance to choose the side of the court. In singles, players must stand diagonally and perform a service.

In doubles, the server must stand diagonally from the receiving player.

And, in case the receiver’s partner accidentally touches or hits the shuttlecock, it will be counted as a fault. While performing a service, players occupy the opposite end of the court and must be standing diagonally opposite each other instead of standing in line.

And there are some points that you need to keep in mind while performing a serve stroke, which I have mentioned below: A rally begins just after performing a service, and during the rally, a player scores when his opponent misses out on the shuttlecock or a shot.

As I have mentioned above, a match holds three-game sets; to win the game; a player must win two sets out of these three. Umpire usually calls for the changing ends after completing each set, where the players get a 60-second break to change their end side.

And during the last set, players changed their ends when one of them scored 11 points.

Important Things to Remember for a Friendly-Match

Here are some official rules which you need to take care of while playing a competitive or friendly badminton match:

Now check out these faults which you need to avoid while playing a badminton match:

Lets are usually those calls which the umpire or the players make to pause the game temporarily, and these pauses can be made for various reasons like: These rules are set up by a governing body called BWF, (Badminton World Federation) which every player must follow to clear his basics.

Also, this post will help you improve and define your game and skills.

So don’t just go through these rules but apply them to your game.

And in case you face any problems or are there any questions going on in your head, then feel free to ask us or pin them up in the comment section below.