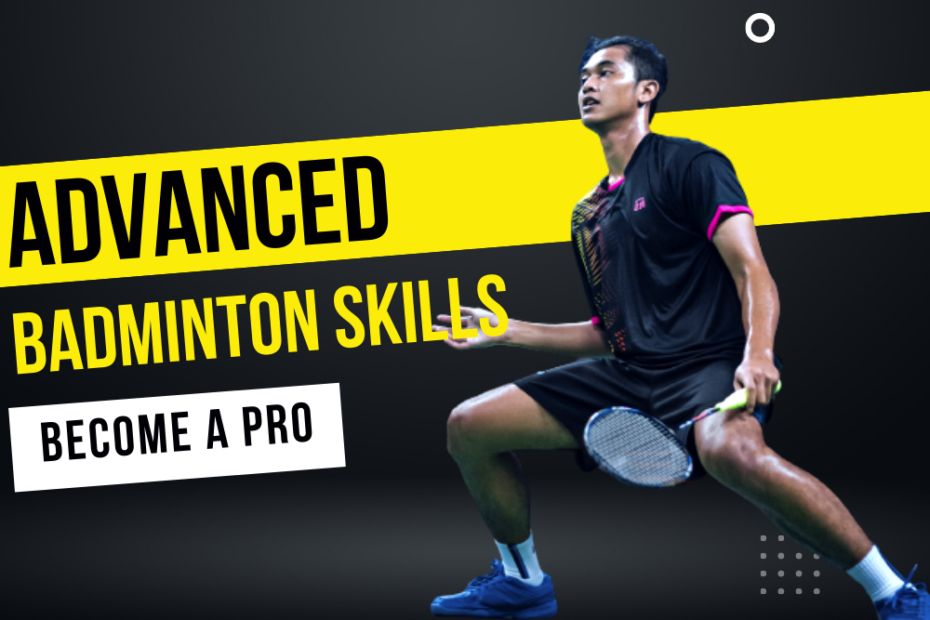 After you master basic badminton skills, you must learn some advanced skills.

These advanced skills will bring your game to the next level.

For which all you need is a partner with whom you can practice these skills and techniques.

But if you are a beginner or new to this sport, you first need to go through the beginner’s guide, which will help you to it in 7 easy steps.

After that, read this article and master these advanced skills.

So let’s begin with these skills:

Attacking clears is among the most powerful offensive shots.

It is also known as an attacking lob.

This shot is played to get your opponent out of his position and force him to return a weak shot.

Remember: If you are fast enough to play attacking clear, it can help you win a rally.

Now let me inform you how an attacking clear is performed:

Here are some points that you need to remember while performing an attacking clear:

A drive shot is one of the fast offensive shots usually played down the court line, right across the badminton net.

It forces the opponent to perform a lift or hit the shuttle upwards, which gives you a chance to beat the opponent or score a point.

And in case your height is tall enough compared to your opponent, you may face many problems while playing these drives.

So let me inform you how this drive is performed:

Here are some points that you need to remember while performing a drive shot:

Advanced drop shots are similar to a strong offensive shot.

These shots are usually played very softly, where players try to land the shuttle near the court.

If you play this shot with high speed, then your opponent can not get a chance to hit the shuttle back.

And before learning this shot, you must learn the basic drop shot technique and other basic badminton shots like clear and serve.

There are two different kinds of advanced drop shots:

And an effective cross-court drop shot must fly exactly above the net.

While playing this shot, the shuttle is hit with the help of the slicing technique, which is slightly difficult to master.

It is slightly similar to a basic drop shot.

But there are some differences, which include:

Warning: You need to take care of the sloping extent and amount of pressure you indulge in while hitting the shuttle, as it affects the trajectory of the shuttle.

And to master this shot, you need to practice a lot.

A jumping drop shot is usually played to mislead your opponent.

It helps you to make your opponent believe that you will perform a jump smash, but you end up with a jump drop shot.

It will confuse your opponent, and he can not return the shuttle, which can be an advantage for you.

The jumping drop shot is similar to the basic drop shot.

But there’s a challenge for the player to hit the shuttle at its highest point with a jump and tries to land it near the net.

There are two different purposes of playing jumping drop shot:

Here are some steps to perform a jump drop shot:

Advanced net shots are played to dominate the front-court area.

This shot is also known as a spinning net shot.

While performing this shot, the player tries to tumble and spin the shuttle above the net towards the opponent’s court.

The main objective of playing this shot is to force your opponent to perform a lift so that you can return with a powerful smash.

Here are some steps to perform an advanced net shot:

Learning advanced badminton skills can help you to enhance the quality of your game.

But remember, you need to learn and practice these skills with amazing techniques and under the supervision of an experienced player or a coach.

And using a good technique is key to avoiding injuries that come your way.

And in case you face any problems or are there any questions going on in your mind, then feel free to ask us or pin them up in the comment section below.