Home » What Is Air Badminton (Everything Explained in Detail)

What Is Air Badminton (Everything Explained in Detail) 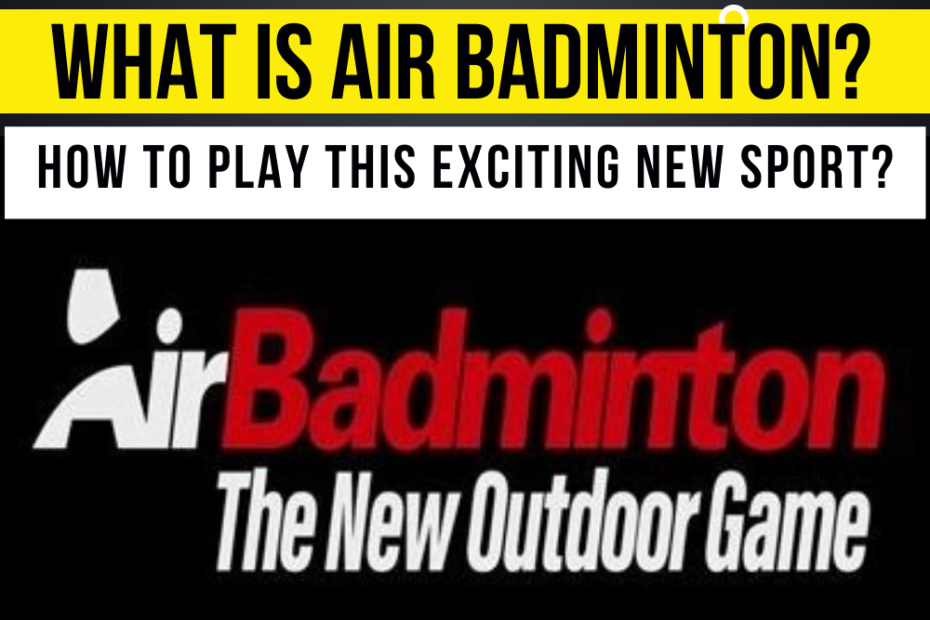 Badminton is a trendy sport, which is usually played and watched by people worldwide just after football.

People love to play this sport on indoor courts as well as outdoors.

Also it is played in two different forms: Singles and Doubles.

This sport has introduced its new form, Air-Badminton.

Have you ever heard about Air-Badminton?

If not, don’t worry, I will explain what Air-Badminton is and how it is played. It is simply outdoor badminton, played using a racket and a newly designed shuttlecock.

This new outdoor shuttlecock is designed slightly differently than the normal shuttlecock, which provides more stability and is more wind resistant. Rather than this, it is also highly durable.

To dubbed the air shuttle, it took over 30 prototypes before the shuttle’s final design was chosen.

And now, the air shuttle delivers a consistent and satisfying game experience to the players.

What is the main aim of Air-Badminton?

The main aim of Air-Badminton is to open up the sport and allow people of all ages and abilities to play it on different types of surfaces.

Then it could be on hard grass ground, streets, playgrounds, or the sand surfaces of the park and beaches.

In his interview, the president of BWF, Poul-Eric Hoyer, stated, “This is a momentous occasion for this sport.

Strategically, Air-Badminton will allow us to fulfil our overall objective of putting a racket in the hands of as many people as possible,”

Rather than this, BWF is also keen to stress the health and social benefits of playing either the indoor or outdoor form of the sport.

I know Air-Badminton is totally a new kind of sport, but don’t you worry, as I will mention all the basic steps below, that will help you to play Air-Badminton easily:

Air-Badminton is generally played in three different formats, and you can choose one accordingly:

Likewise the traditional form of this sport, Air-Badminton also holds some rules and regulations, which include:

4. Which surfaces are perfect for Air-Badminton?

As Air-Badminton has been created to be played on different kinds of surfaces, which includes hard, grass, and sand surfaces.

It is recommended that courts are set up laterally to the prevailing wind direction to allow for the best wind resistance.

If you play it on the sand, then remember that the height of the net from the surface of the court is lower at 1.45m at the centre and 1.5m over the side lines for doubles and triples.

Some amazing facts about Air-Badminton

Know a bit more about Air-Badminton and the new outdoor shuttlecock – the AirShuttle:

Now you must have known what Air-Badminton is and why it was created.

Badminton is the world’s fastest racket sport, making it one of the most exciting and thrilling games to watch and play.

As many people around the world think of badminton as an outdoor sport.

The main issue playing outdoors with regular equipment is the wind.

The normal shuttlecocks are too light and not built to be wind-resistant.

There was no official badminton sport specifically for playing outdoors – until now.

But after Air-Badminton (one of the newest innovations designed to be played outdoors ) was created, it solved the problem of unplayable conditions caused by wind.

And in case you face any problems or have any questions in your mind regarding this post, then feel free to ask us or pin it up in the comment section below.