Home » Fouls and Faults in Badminton You Must Know

Fouls and Faults in Badminton You Must Know 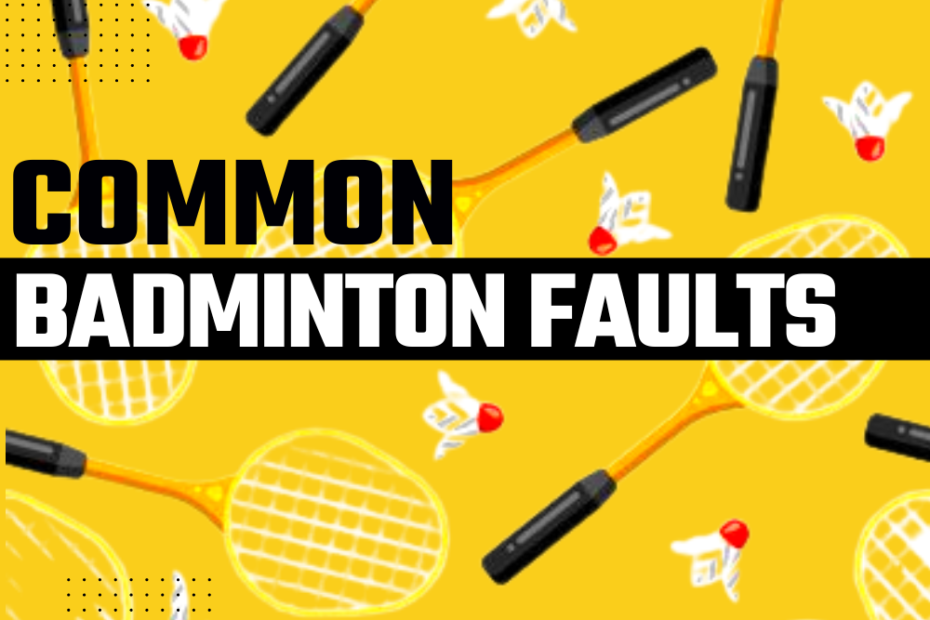 Badminton is a competitive sport that is quite easy to play.

And just like every other sport, it also has its own rules and regulation, which BWF implements.

These rules help the players to play in the correct order and avoid making silly mistakes.

These mistakes may result in losing the point of giving some free points to your opponent.

So if you likely want to know whether you are playing in the correct order and not doing anything illegal, then you need to check out some of these common faults and try to avoid committing them:

These are some common faults made by the players on the court.

Usually, these faults occur while performing different types of serves, such as low or flick serves.

Also, there are some other reasons behind committing these service faults, which are as follows:

If any player tries to hit the shuttle or swing the racket twice in a row, it will be counted as a double hit fault.

Warning: These types of hits are forbidden in badminton, and if any player does so, it will provide an access point to your opponent.

And in the case of doubles, if you and your partner come in contact with the shuttle simultaneously, it will also be counted as a double hit fault.

So a player must try not to hit the shuttle twice if it is on your side of the court.

Contact faults usually occur when your body or any other object rather than your racket comes in contact with the shuttlecock; then, it is counted as a contact fault.

These other objects could be your shoes, clothes, shin, body parts, or other equipment.

Remember: While practising or playing a match, your racket should be the only thing the shuttlecock must touch.

Even if you try to make it over the net, your opponent will still make a point if you receive a contact fault.

So if you want to avoid such faults, you must keep your body flexible and light on the court.

Also, you must perform a proper warm-up before entering the court for more flexibility and strength.

Receiving faults are usually committed by the receiving side while the other side is serving.

There are many misconceptions regarding this kind of fault, as it is said that a player should not move while his opponent is serving until the shuttle crosses the net.

And if a player does so, it will be counted as a fault, which is completely invalid.

The player can move around the court, rush to the shuttle, and get into position as soon as possible.

Every shot in this sport should be performed quickly and frequently because it is likely a carry if you delay hitting the shuttle with your racket.

As per this, a player cannot carry the shuttle with his racket for too long while hitting it back to the other side of the court.

And to avoid such faults, your shots must be single, in a fluid motion, and the shuttlecock must have a distinct point of contact with your racket’s string bed.

According to BWF (Badminton World Federation) implemented rules and regulations, a server, while serving, must always hit the shuttle from its base, which is made up of cork.

It means that one can not hit the shuttle through its feathers; if any player does so, it will be counted as a fault.

A player is not allowed to disturb or obstruct his opponent while serving or playing, but if he does so, it will be counted as a fault.

Also, one must try not to use abusive language and make gestures with your opponent on the court during a match.

And if you don’t want to lose a point and gift a free point to your opponent, then I suggest you concentrate on your own game instead of committing such faults.

8. Hitting the shuttle before it crosses the net

Usually, players are not allowed to hit the shuttle before it crosses the net and enters your side of the court.

But the players need not wait unless the shuttlecock completely crosses the net as he can hit the shuttle when its point of contact is on his side of the court, which is legal, and don’t worry, you won’t lose a point.

So if you don’t want to lose your points unnecessarily or gift some free points to your opponent, you must avoid committing such faults during a competitive badminton match.

Also, I suggest you practice hard to eliminate such flaws in your game because it is easy to enter a game and commit some fundamental mistakes.

But it’s quite hard to rectify those mistakes and requires lots of potential and confidence.

So the next time you enter the court, be aware of these faults and try not to make these common mistakes.